A List of the current Rolling Stock included with the Ffestiniog & Welsh Highland Route is shown below. Unless stated otherwise, all stock is included in the full FR & WHR Route.

Each loco comes with a detailed cab with working controls, and a individual whistle as per the actual loco.

The carriages all have interior views, working doors and a “right-away” guards whistle. 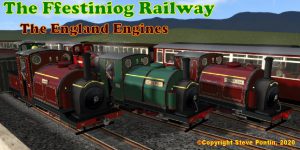 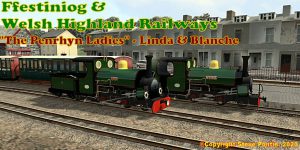 The Penrhyn Ladies - Linda and Blanche 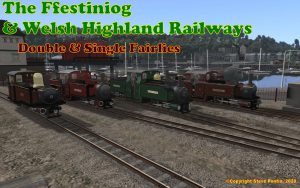 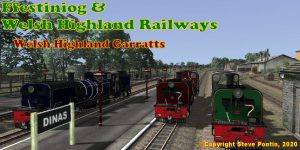 Three of the Welsh Highland's Garratts - Nos. 143, 87, 138
with enhanced sounds supplied by SteamSoundsSupreme. 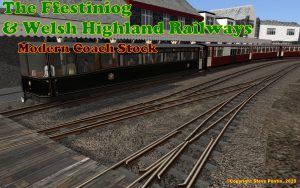 A set of the modern Ffestiniog carriages including service cars, saloons and Pullman cars. 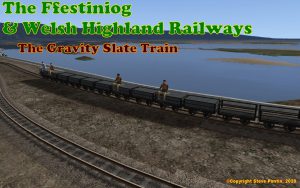 A regular feature of the Ffestiniog Victorian Weekend Gala watching a loaded slate train run down under gravity only! 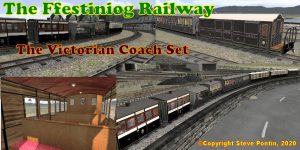 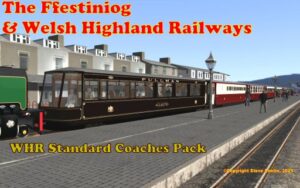 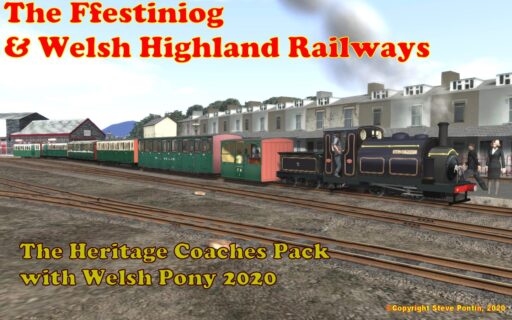 Set of 14 Heritage Coaches consisting of:

This pack also includes two new scenarios for the Heritage Coaches that highlight the COVID19 Train Schedules together with a new version of Welsh Pony loco in 2020 livery. 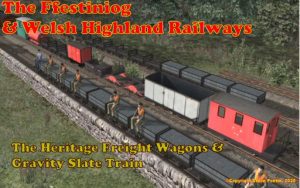 A set of 8 x Heritage Freight wagons along with the unique Slate Gravity Train. A treat at the Victorian Weekend Gala watching a loaded slate train run down under gravity only and riding on the Heritage Freight Trains! 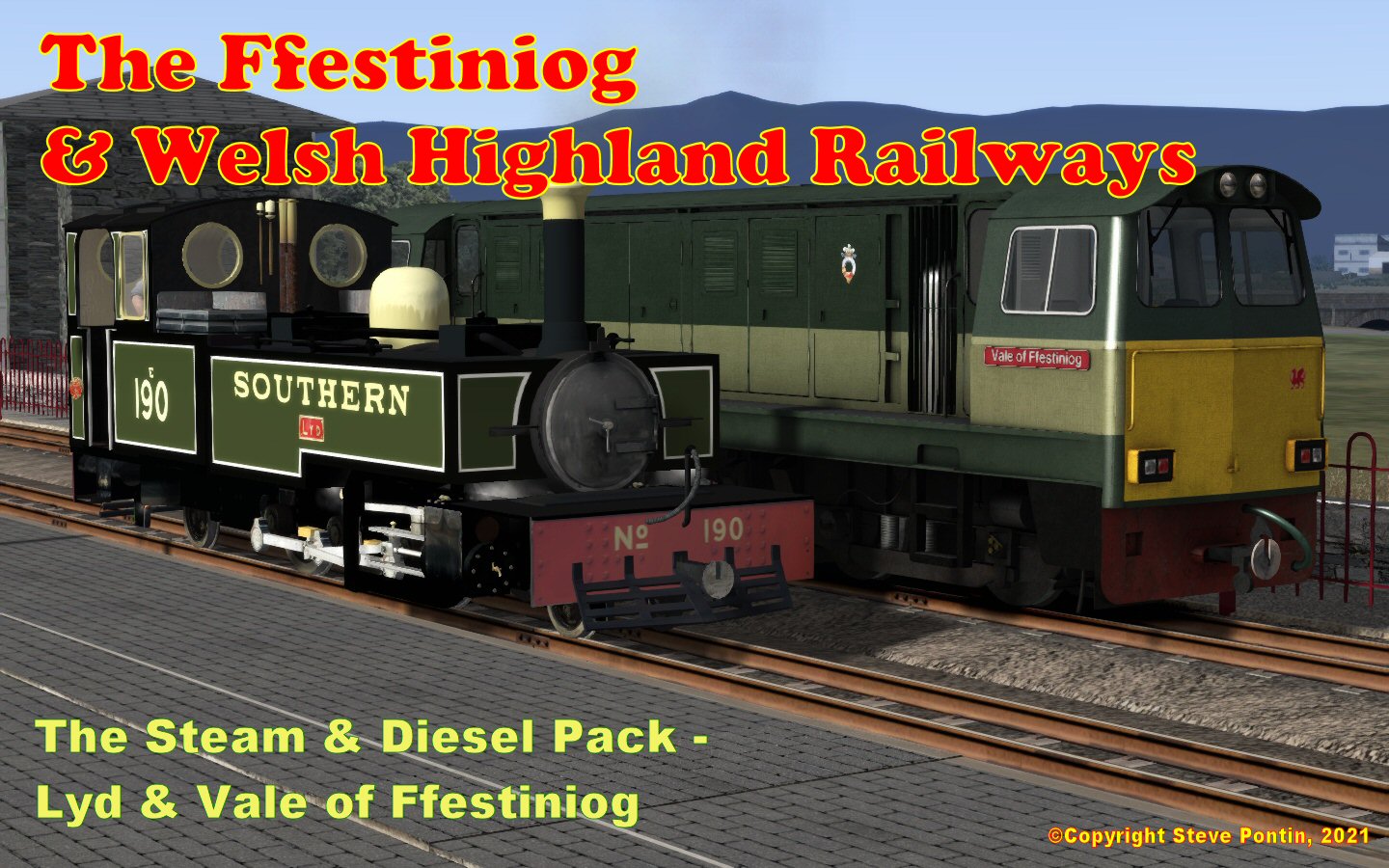 A Steam Loco, Lyd and a Diesel Loco, Vale Of Ffestiniog

Buy Now
Back to FfestiniogHome
Top of Page